Renewable Energy How Important is it? 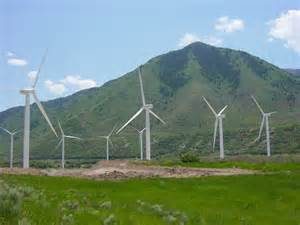 Many of us may not know exactly how important renewable energy is and what it means to our existence. Renewable Energy life would be much harder than what it is now or to put it simply it would not actually exist. Renewable energy is a lot more important than many of us may realise. Renewable Energy is the reason that we are still alive today. Without these energy sources we would not be able to survive. The Sun is our most important source because without the sun nothing would be able to live. The Sun plays a major role in not only solar energy but in some of the other renewable energy sources.

What is Renewable Energy?

1.Hydro-Power (Water) – This renewable energy has absolutely no negative effects or any attributed to global warming. Just like Wind Energy Hydro Power energy has kinetic energy. Hydro Power has a gravitational energy which releases as it falls down.

2.Wind – Wind lets off huge amounts of Kinetic Energy. The Kinetic Energy is then used by using Wind Turbines. As the blades are turned by the wind the shaft spins and that shaft is attached to a generator which then creates electricity. As long as there is wind to turn the turbines then wind energy will create electricity.

3.Solar (Sun) Energy – Roof Worx explains that solar Energy is the energy given by the sun and it is one of the most powerful sources of energy. Without the sun there will not be any living forms. We are not able to just rely on solar energy. The sun is not always available. For example at night there are no rays to be transferred into energy and on days that there are natural interferences such as clouds and rain it is not possible for the suns powerful rays to reach us!

4.Biomass – This energy type is made from things that once lived. It is also known as Natural Material. An example of Biomass Energy is wood. We get wood by planting trees to replace the trees that may be cut down for wood ect. Biomass could even be created from garbage. Biomass accounts for up to 15% of the World’s energy supply. Developing Countries accounts for 35% of biomass energy usage.

5.Geothermal Energy – This type of energy is a way for power to be generated through the temperatures that the earth’s surface releases from beneath the earth’s crust from the magma. Geothermal Energy is used when there are deep wells created. There is cold water then pumped down the well. Once the cold water hits the heated areas the water is then heated up and is then generated into steam which can then be used for electricity or steam turbines.

6.Marine (Ocean) Energy – oceans have an extraordinary amount of energy potential and power.  There is room for improvement on the technology for marine energy but the energy is at this point achieved through Wave and Tidal Energy. It is believed that at this point in time that the UK is the leaders in Marine Energy. There capacity at this time is about nine mega watts.

Why is Renewable Energy so important?

Renewable energy is so important because it has so many benefits for the earth and human kind. The benefits are:

-Environmental – Renewable energy has no effect on Global Warming and it doesn’t impact the environment badly.

-Job Creation – Jobs are created for the materials that are needed to be manned that transfer the energy into electricity etc.

Some words of praise from our happy clients.

A great effort in creating awareness about the importance of water conservatoin. I think that sites like Water Voice should be translated in many languages and spread by all. Small children should be educated on the importance of saving water to create a fresh generation of responsible adults.
By
Yuan Cheng
The Blue Spoon Community

Hello! Water Voice is an interesting site with interesting facts. This site is working for a great cause and taking great measures to get its content reached worldwide. I greatly recommend this site to all people of all ages. Water conservation should be propogated widely hence forth.
By
Galen J. Larsen
Content Snake Shop